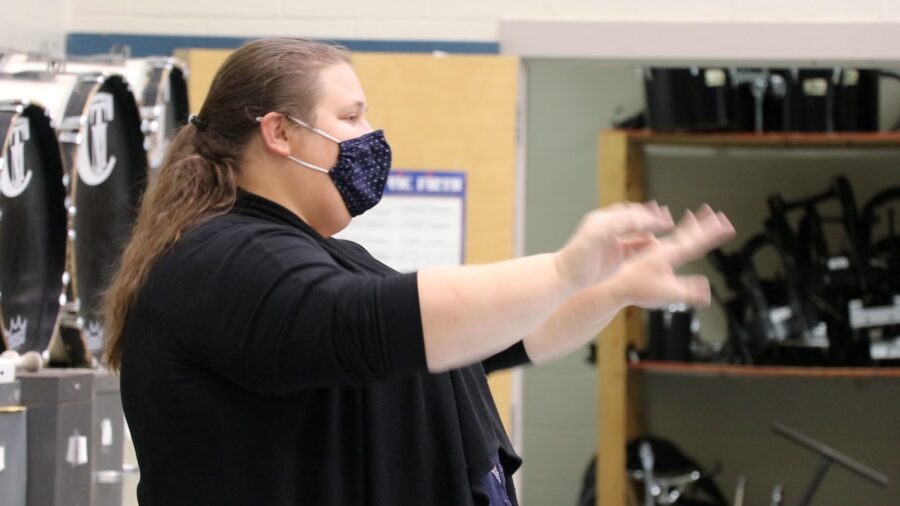 The Carbondale Community High School Pep Band season is beginning! The halls rumble with popular music from over the years, and practice rooms are filled with students practicing. Many students are excited for the season to begin.

The drum majors are playing with the band, and Ms. Wood and Mr. Townsend are conducting as they prepare to play at the basketball games. As the overseer of the events for the band, Ms. Wood gives her opinions and speculation on the progress and change of gears:

“Since we started Pep Band I’ve been kind of impressed how quickly everybody’s picked things back up. It’s clear that there’s been a really big enjoyment factor in the Pep Band part of band for you guys.”

So, there you have it. The Pep Band has been adapting well from the switch and even though they haven’t played these songs in awhile due to the pandemic, they have overcome the challenges and are doing well.