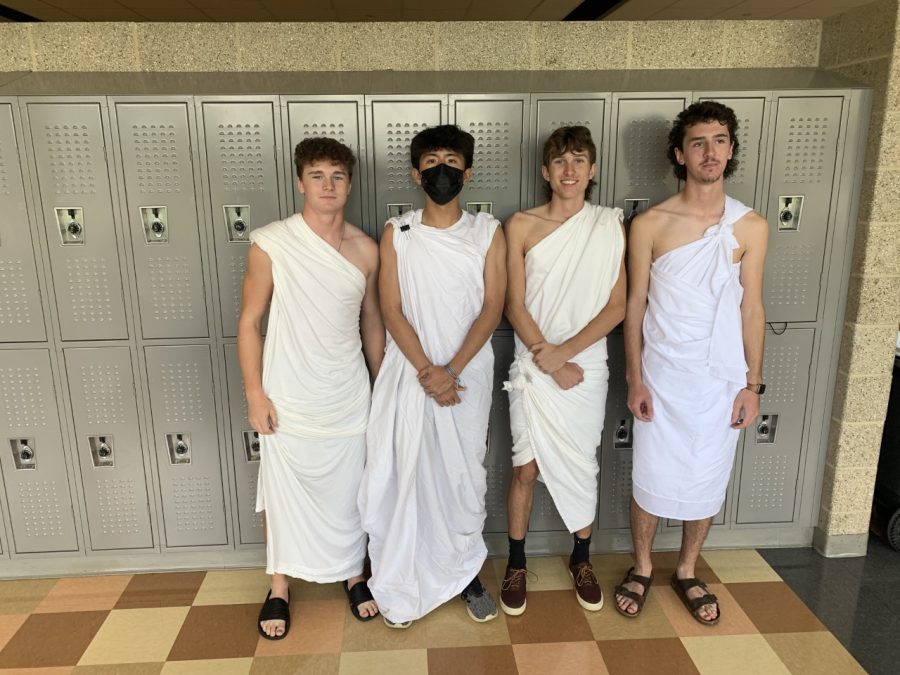 For the Carbondale Community High School (CCHS) Homecoming spirit week the students had a class distinction day Wednesday October 6th. Freshman were nerds, sophomores were twinning, juniors were clashing with patterns and seniors were togas! The whole school showed out and the hallways were filled with students having a great time dressing up as their class distinction. The CCHS school tradition of dressing up for school spirit week for homecoming has been a long time tradition and will continue to hopefully be an even longer tradition to be kept by the oncoming freshmans.

The class distinction day has been a long time CCHS tradition during spirit week, the school has been using spirit week dress up themes since the early 1900s. The school used to have a spirit parade when CCHS was located in a different building on the west side of Carbondale Illinois. The school has since moved to just having a spirit week at school and allowing students to dress up with school provided themes. At the end of the spirit week the school has a pep rally for the students, the different grades also compete for a spirit stick which is won by competing in different events such as a shopping cart race and a game of hungry hungry hippo. Whoever wins the spirit stick is given a free pizza day for the entire class, this year the seniors won the spirit stick so they are awarded a free pizza day with drinks.

Some seniors enjoy the idea of a class distinction day while others didn’t like the idea of togas for the seniors despite the long time tradition CCHS has had. A majority of the seniors showed up and enjoyed the togas.

Matthew Nadolski is a CCHS senior and has been attending CCHS throughout his high school career. “I love the togas, they’re fun and they’re something different from the other years, they’re also really easy and cheap to make”. Said Nadolski.

The CCHS spirit week was a complete success as well as the Homecoming dance, the dance had more than ⅓ of the student population from CCHS plus guests from other high schools, more than 600+ students attended the dance out of the 900-1000 students attending CCHS. The school sold to almost 2/3 of the school.