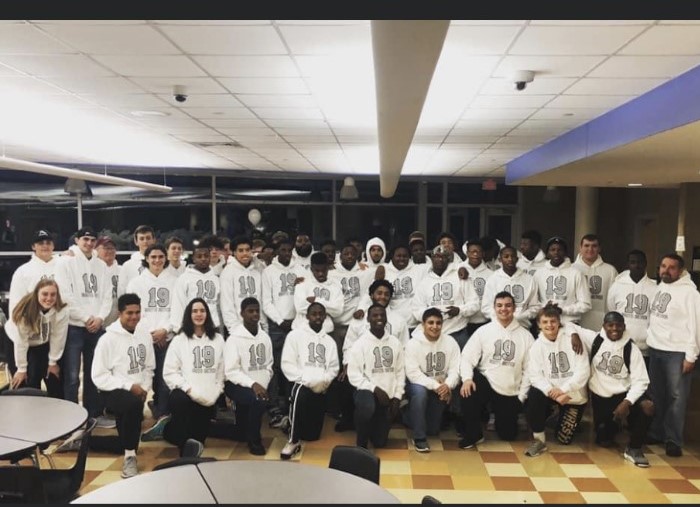 On April 27, 2021, the terriers went to Marion to take on the wildcats for their last game of the season. This was one of the most important games in this time of the year. It was the last time the seniors will ever be able to wear another terrier’s uniform and play on the team. Many seniors have a great connection with football and share a strong bond with their fellow teammates. And not just football, but the high school experience in general played a huge part in their growth. Sadly, the game took a turn for the worse.

On the same night, after the football game, A man and a woman assaulted the head coach of the terriers, Bryan Lee. The woman, Valerie B. Struthers, claimed that the coach had “lied about her son’s

playing time”. So, she took it upon herself and attacked Lee. While she was assaulting Lee, her partner, Wesley R. Huffman, tackled him to the ground out of fear he might retaliate. Shortly after, the policemen arrived at the field and took them into custody.

Now, they are facing two counts of aggravated battery, a Class 3 felony charge. Although the problem is being dealt with, this incident has weighed and affected the team in many ways following the “unruly loss”. The last game of their high school experience will not only be remembered by a terrible loss, but by their coach getting attacked by one of their own parent-fans.

This could leave some trauma to a few and could potentially change the way the team operates. Some of the younger classes could have some hostility towards the parents’ kid. This situation could even cause infighting amongst the teammates or promote prejudice from the coaching staff. So many things can happen from this incident. So, I decided to ask, Jackson Grant, former football player, on how he feels about this incident and what should be done to correct this mistake? He answered, “It was a scary situation and was unprecedented, but at the end of the day making sure coach Lee is okay and holding the parents responsible for their actions is the only steps we can take”.

Even though the proper steps are being taken, the team is still feeling heavy guilt and is under fire by many rumors that have no validity. Most fear for the reputation of the team’s morale and questions the Carbondale community. Out of all the football players, seniors feel as if the incident has impacted the football program, so I asked former player, Luke Daily what he think was impacted by the unexpected even that took place.

Luke believes, “The incident took away our last moment of football, but it also took away a lot of trust and created confusion within the community. Now, I think people will have assumptions about us and we will have to start from ground zero to change the public opinion”. This was deeply a tragedy in the Carbondale and football community. Hopefully, people will not hold this against the high school players and can eventually move on and show them respect and appreciation.