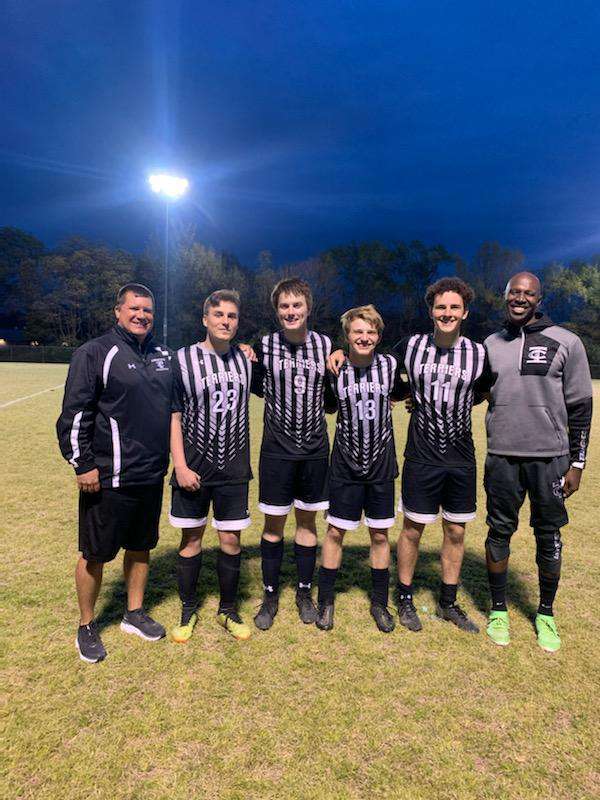 On Tuesday April Fourteenth Carbondale yet again went toe to toe with Marion’s soccer team for the 2021 season. In the second to last home game the Terriers stepped onto the field with a fiery vengeance to beat the Wildcats on their home turf. The last game the rivals played together was two weeks before at Marion’s field, the game eventually ending in Carbondale’s defeat after a long game that was pressed into overtime, the final score becoming zero to one. In an act of redemption last night’s game started with heated energy as the teams began. As Marion was looking to gun in another victory for the first time in three years against Carbondale, the Terriers were out for blood. Inevitably due to the driving force the boys held, the Terriers ended off the game with a three to one victory by night.  During the first half of the game the two clashed, Marion keeping up good defense against Carbondale’s great connections in the offense. Each time the Terriers would bring it down the field most all of the back’s would pressure with their speed and slam it either into the opposite side of the field or force it out to allow their team to readjust positioning and become the ball winner again. However that didn’t last forever as the Terrier’s stayed motivated to bring in their first goal from Ian Davis after a corner kick served in from Nate Torres right to the far post where Davis was waiting. With a quick header the Terriers lead with one to zero with near nine minutes left in the half. Motivated the Terriers pressed outwards off the line once the game began again and pressured the Wildcats, but that wasn’t enough after Marion dragged the ball down to the goal line and was able to send one in after a corner kick in just two minutes later. With energy at an all time high on both sides the rivals entered halftime with a score of one to one, but that wouldn’t last long. As the Terriers entered the second half their intensity was at an 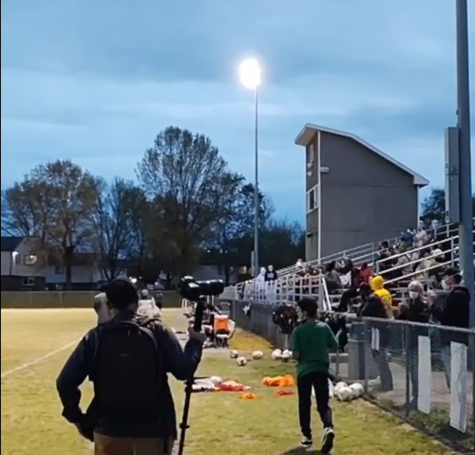 high, passing the ball up with quick connections until finally scoring once again off a pass from Khalil Oues to Ian Davis to which he rocketed into the left post and bounced in, bringing the Terriers back into the lead. Just to cement their victory, within the final two minutes of the game the Terriers were offered a penalty kick after Marion hand-balled it in the box. Nathan Torres stepped to the line for the shot and after a quick kick gave the Terriers a finishing blow to the Wildcats for the game as they now lead by two. Nate Torres stated on his goal, “I was excited to have the chance at a PK this game, it felt really watching it hit the net after what happened the last one, they gave us the opportunity and we finished it.” and finished it they did as the horn sounded, the game finishing as their final home game came to a close for the season. Currently the Terriers Boy’s Soccer has a win loss record of six to three and with one game to go they’re hoping to finish that with a seven against Anna Jonesboro on Thursday April Fifteenth.