It’s More Than a Saying 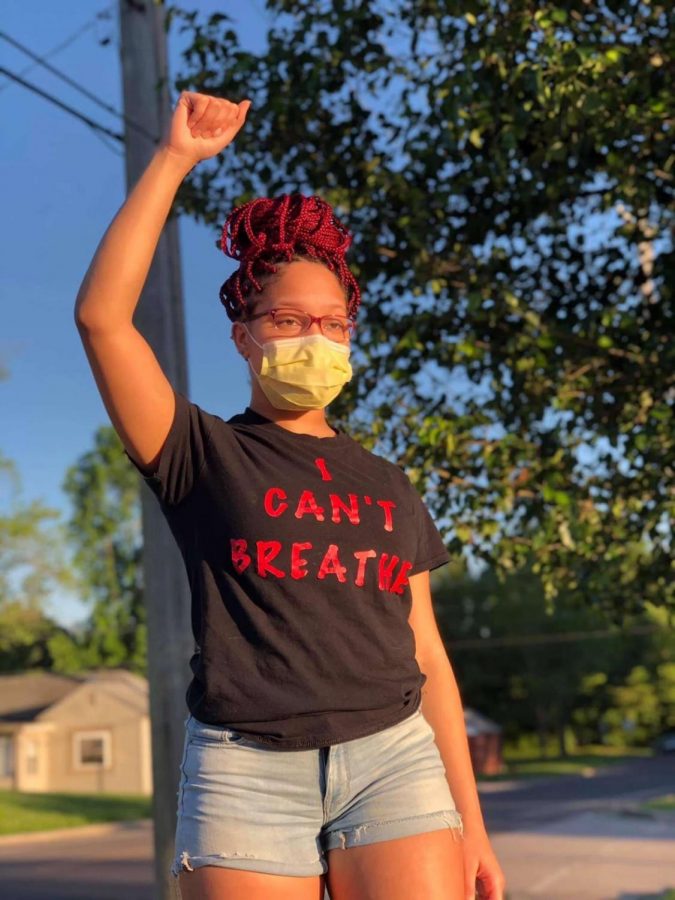 Take a second to think, “what does Black Lives Matter mean to me?”. Maybe it takes a while to find an answer, maybe you know off the top of your head like an instinct. Maybe it means everything to you, maybe it means nothing to you, but to me and my community these three words mean more than a million. There are a million ways we can explain this saying and why it is so important in society today, after interviewing a few student activists from CCHS and some others in the community I learned these three words have been more than “just a saying” for years. When asked “what does BLM mean to you?” here’s what a few of them had to say, “BLM means to me anybody with black in them is protected and treated as an equal. Equal opportunities, healthcare, equal  access to being treated as a human.” said Mariyah Thomas, former graduate of Carbondale Community High. I was also told by Jevon Scott, a current student here at CCHS “Black Lives Matter to me means that we as black people are tired of the unfair treatment we have been enduring for so long. By no means are we saying that other lives don’t matter, we’re just saying that we are not 2/3 of a person like the Constitution still states today. We are saying that we shouldn’t be gunned down by police officers, turned down by corporations, treated differently because of the color of our skin. Though some people still don’t seem to realize that.With these being students of OUR community, the next generation, the learning generation, this raises major red flags that they feel they are already being denied of their basic human rights for something they cannot control. This often causes insecurity and discouragement in the youth, our next generations are horrified of police officers/ run ins with the law or people of power that lack color so to speak. Our police are to protect and serve right? so in all reality they should feel comfortable with the people with power, especially with everything going on in the community today besides this. Many people were led to believe that people of color are wild, unruly, ignorant, non-negotiable, overall bad people, many were just raised to believe that they’re superior to black people for whatever reason. These thoughts often generate bad stereotypes of black people and they begin to fall for a tricked system and become a statistic, this is what angers America most today.

With people having these bad stereotypes they tend to think you shouldn’t put anything past any of them, the kids, the adults, the elders, it doesn’t matter almost like back when slavery and segregation was around heavy. They’re all colored so they all endure the same treatment and this is how people feel as a community. This is why people tend to always think riot or looting and destruction of property when they hear protests, they don’t hear the peaceful part that all matters. With quite a few protests that shut down the main streets of Carbondale between June and now people of the the community are beginning to understand the situation more, it seems that most of these protests have had a positive outcome. Some people to which are entitled to their own opinions on the events and decide not to attend or make it their business to go wreck a few and try to turn these peaceful events into disasters and once it’s done that’s what is displayed to the media. As it may be, all this goes to say some people don’t care for these events and some people love them.. When asking some CCHS students about the protests, they all seemed to give pretty positive feedback. These two ladies were asked after experiencing at least one event, “what are the environment and vibes like at these events?” and here’s what Kiara Cobb had to say, “I loved the vibe at the protest that I went to. There was people of different colors and backgrounds there supporting the BLM. Everyone was chanting and giving things out to each other, it was great.” Truth, who happens to be pictured above, seemed to have almost the same approach, she said “Around the environment and vibes i feel at home and secure. Half of the people there I’ve never met before but that doesn’t make me feel uncertain or anxious, everything about them makes me feel at home. These are people who are fighting for my rights though I’ve never met them. I matter to them, as do they to me, we’re equal. So it’s very home like for me and positive and upbeat.” So it seems to me that no matter what some of of these people may say or think about these protests, they might actually be working. Most of the people who attend these events, and promote these non violent events often are not people of color but are the people the black community wants to listen, the people they want to hear them and understand why they are as frustrated and still continuously strongly hurt by specific actions.

While some can say these events are useless, many others attending can see hope for the future. In the event that change does come, people would still have to be willing to accept and adapt to it. Many people of our community and others have done amazing jobs putting hard work and time into these projects so it’s very important to acknowledge them and appreciate them for trying. Many people feel we could be doing more to raise positive awareness about the unfair treatment in the black community. Unfortunately most of the people I asked this question couldn’t come up with ways better than the ones people have been supporting like the protests, the charity events, the ‘carnival in the park’ days for the kids, and more. Every push has a pull somewhere, that’s what’s most important, although they feel we could organize more the community does acknowledge people trying and keeping it a safe environment as much as possible as these things can get out of hand.