Battlehawks Bring Pride And Football To The City Of St. Louis 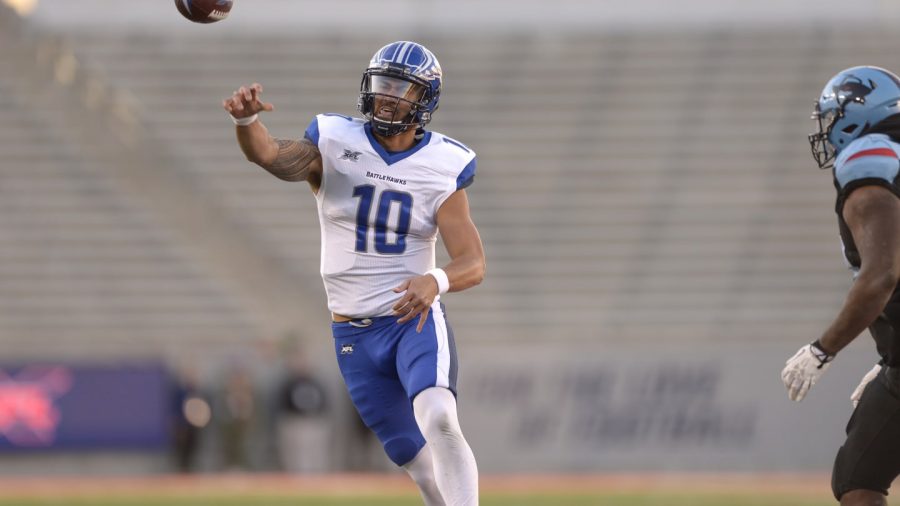 The XFL is back this weekend after an 18-year hiatus. The league has all new teams and players, including the St. Louis BattleHawks. The BattleHawks are an all-new team to the XFL, and the first professional football team to come to St. Louis since the Rams. They will play in the The Dome, the field where the Rams used to play.

St. Louis, a city that already doesn’t have many sports teams to begin with, have been longing for a football team to root for since the Rams left in 2016. The Rams left the city on shaky terms, with citizens burning jerseys and vowing to never like the Rams again. For 3 years, the dome has had no real purpose. It had the occasional concert or random sports event, but it didn’t house a professional sports team, until now.

Head coach and general manager, Jonathan Hayes, wants the city of St. Louis to have a product on the field that the fans can be proud of. “We want to take what we’ve learned over the years, continue to work hard and put an entertaining and successful product on the field that the football fans of St. Louis can support and be proud. I’m not going to say our goal is to win a certain number of games. Our goal is to win every day.” says Hayes. Hayes was previously a tight end in the NFL and also coached the 2000 Oklahoma Sooners to a national championship.

The Battlehawks will be led on offense by quarterback Jordan Ta’amu. Jordan was a quarterback at Ole Miss before making the transition to professional football.  He doesn’t have regular season experience at the professional level, but that isn’t hindering his excitement. “We’re excited to give them a show,” he said. “It’s going to high-scoring, high-flying. It’s going to move fast, and hopefully fans are excited about it, because we are.” Says Ta’amu.

The city of St. Louis and the surrounding area will have something to be proud of when the Battlehawks hit the field this weekend. The game will be on Sunday, February 9th at 4pm on ESPN.